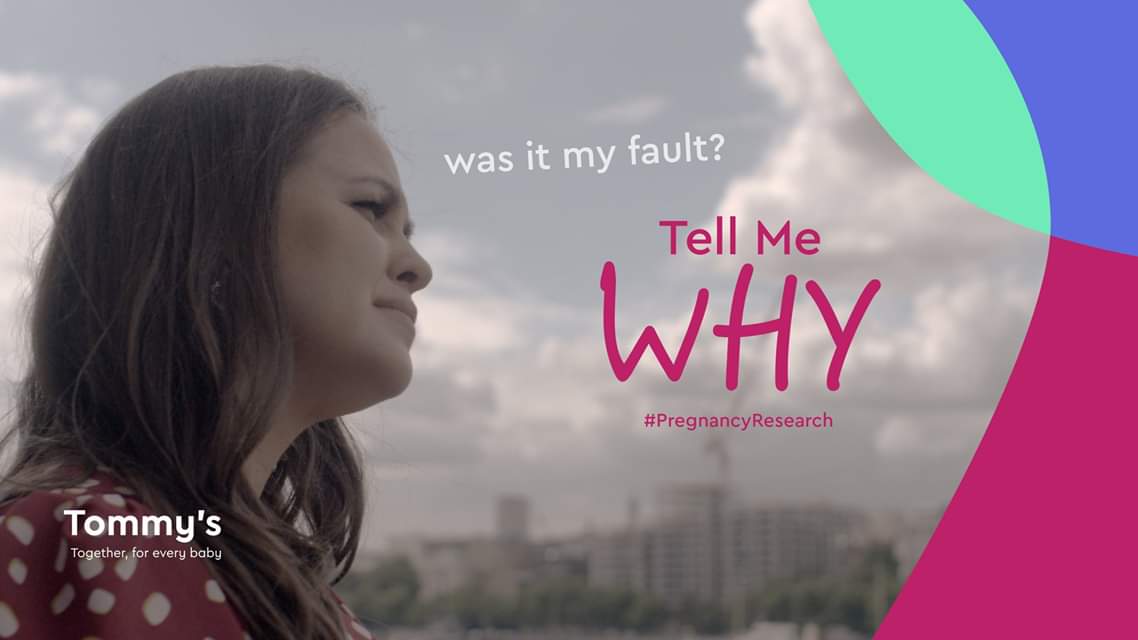 It is easy for Mother’s who’s babies have died to blame themselves, and I have certainly been around that block a number of times, and at length, over the years. The new Tommy’s campaign #tellmewhy highlights how, often times, we mothers blame ourselves because, in many cases, the reasons for a baby loss are not detected.

Many parents don’t get the choice to find out or are told that it’s not possible to find out the medical reason for their babies death. In our case, we were able and decided to have a post mortem, which explained that Liberty’s placenta had died early or been ‘insufficient’.  If that had been spotted at an earlier stage, it’s likely that Liberty would have been born safe and well. We went on to informally discuss and investigate the system that we were under at Chelsea and Westminster Hospital, (which included our GP), to see if anyone had made errors that we needed to report. We concluded that whilst no one individual was ‘to blame’, the whole system had faults. In complete honesty, our GP might have spotted the issue and could have made the difference – but she did not. ‘Officially’ though, she did nothing wrong and I’m absolutely sure that she meant nothing other than to be the best GP she could be at the time. Alessandro responded by joining multiple health boards that seek to create change in this area, along with the APPG and then we found Tommy’s, the baby charity.

Tommy’s exist to fund life saving research into baby loss. To enable parents to have answers to the question; ‘Why did my baby die?” and to prevent other babies from dying in future. It is often possible to know why your baby died. It is often preventable in future. Baby loss is not ‘one of those things’ or ‘nature’s way’. It is like every other area of medicine. We can find out the reasons through medical research and, in many cases, we can prevent it from happening.

Funding for research and progress in the UK with respect to Stillbirth and miscarriage, has been shockingly inadequate for a long time. There are multiple reasons for this, but basically it’s not good enough. If you or your living child are diagnosed with a life threatening disease, no one ventures that this might be ‘nature’s way’ or that they will never be able to find out why or what to do to prevent it happening in future. For us, the key to all of these heart wrenching questions was – well what can we do about it? And the answer is ….. Tommy’s.

Liberty’s Mother is entirely not for profit with all money made from music going to Tommy’s. Please donate to this brilliant charity run by brilliant people. (In my opinion – and I do know them inside out).