Why Yoga is great for recover from baby loss 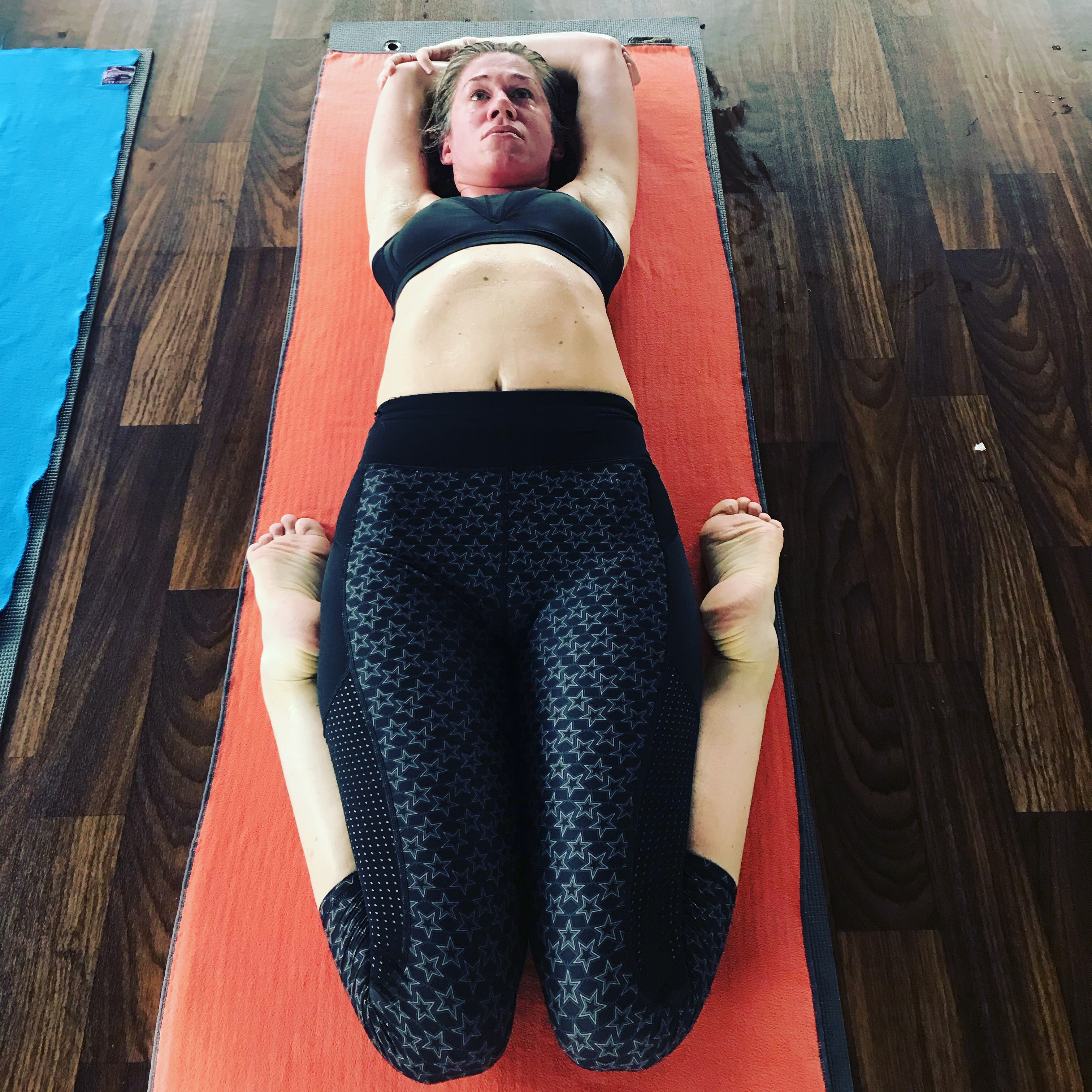 I posted previously that the first time I was doing the 30 day hot yoga challenge, I had a sense that I was holding onto something and yet, this time, (nine years later), I have a sense that I am letting go of something. Today I realised what it is..

Over 9 years ago now, I gave birth to Liberty. Beforehand I was told that my daughter had died inside me just before she was due. I was told that I must give birth (for the first time) to her dead body, then decide ‘whether’ to hold her. They said ‘we don’t know how she died yet or how she will look, prepare for anything’. During the whole 24hours over which this took place, I remember feeling as though I wasn’t really present but was in a film. Behind the camera watching the action and not feeling what was happening. This is what our minds and bodies do when they fear we cannot handle what is happening to us, that it is too emotionally dangerous to live in real time.

Afterwards we have the ‘post traumatic stress’ because we haven’t lived the real time stress. It’s stored in our brains but it’s also stored, like all our difficult emotions, in our bodies. Yoga helps us to gently release the emotions, feelings and tensions that we hold in the muscles and tissues in our bodies. Postures that get down deep into the psoas muscle particularly, really help as we store deep held stress there.

It’s been nine years since these events, (I have also had two babies, moved house twice and somehow kept a hold of my mind, my career and my marriage in the meantime), and it feels like the right time to release the last of this deep held stress. Stress lives everywhere in the body (until we release it) and not just in the mind. For me, it’s been in my neck and shoulders like crazy and I stretch it out every class and try to work a little harder each day to breathe breathe breathe, and not let it back. But I believe a lot of the stress is / was also held around where we give birth. Yogi’s know that we ALL hold a lot of emotional stress in the tissues between our knees and our waists and that yoga helps a lot.

If you’ve experienced baby loss, try yoga my friends. I have also benefitted from talking therapy and other physical therapies but yoga is by far the most emotionally healing thing I’ve had in my life. It’s been my greatest friend, energy, support and healing system. Give hot yoga a try. ❤️